In the USA and Canada there is tribal gaming. The First Nations in Canada and the American Indian Tribes. On this page of OldCampCasino.com we are going to look at the similarities and the differences between both as well as describing both tribal casinos in detail. In the USA, there are some 240 American Indian tribes operating over 470 gaming establishments. In Canada, the First Nations gaming industry has around 20 casinos in five provinces as well as VLT palaces in a sixth province. In the United States the industry is worth an estimated $29.0 billion whereas the revenue from Canada is thought to be around $1 billion. 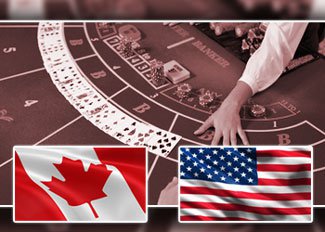 The USA Tribal gaming industry began in the 1970's with the Seminole Tribe of Florida being the first to open high-stakes gaming on a reservation. In 1975 they installed high-stake bingo operations. Since then, more than 240 tribes have followed, opening tribal casino in Oregon and across the country. Tribal gaming is the primary revenue earner in American gaming. In 2015 the tribal casino revenues were $29.9 billion.

The Indian Gaming Regulatory Act was signed into law in 1988 and the IGRA is responsible for regulating this industry and it also monitors the spending of gaming revenues. There are three classes of Indian gaming as prescribed by the IGRA.

Class I refers to social gaming.

Class I and II fall under the jurisdiction and governance of the respective tribal government but Class II can also involve the National Indian Gaming Commission (NIGC). Class I and Class II games are exempt from federal casino regulation standards.

Class III games are blackjack, slot machines, and all games typically found in casinos. Class III games are regulated by the IGRA. The games depend on the content of the tribal-state agreement between the tribe and the associated state.

The Tribal governments, Congress, the Interior Department, and the NIGC, as well as individual tribal-state agreements all take active regulatory responsibilities.

There are 474 Indian gaming establishments in the USA and these are owned by 238 of the nation's 566 federally recognized tribes. Tribal casinos can be found in 28 of the 50 states. The top 5 states for Indian casino revenue include California, Oklahoma, Florida, Washington, and Arizona.

Canadian tribal casinos are located on First Nation reserves and seen as an important opportunity to stimulate economic development. There are 17 First Nation casinos. Five of these are located in Alberta, two in Manitoba, three in Ontario, six in Saskatchewan, and one in British Columbia.

The First Nations casinos in Canada have become an essential part of the gambling landscape and the first of these casinos opened in the mid-1990s. They took the lead from American Indian tribes and claimed that operating casinos was an element of their inherent right to control reserve economic development. 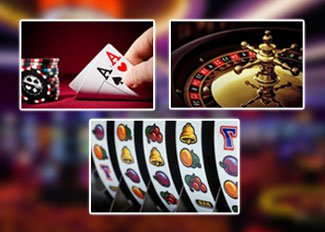 Although provinces have the right to regulate and monitor legal gambling in Canada since 1985, gambling on reservation land has remained in dispute. In 1995, the FSIN First Nations Gaming Act was signed into tribal law. Saskatchewan led the way in terms of Indian-run casinos after forming the Saskatchewan Indian Gaming Authority (SIGA) in 1996. As charitable casinos, all the profits are put back into public funds, including the First Nations Trust. SIGA casinos remain popular today due to the strength of their network and progressive jackpots.

In 1996, it was ruled the First Nations did not possess an Aboriginal right to control and regulate casino gaming and that on-reserve gambling facilities were not exempt from provincial legislation regulating gaming. This means that provinces could now impose regulations on First Nations casinos.

First Nations gambling in Canada is regulated in one of three ways. First, a First nations community can apply for a provincial casino license as a charity. Second, they can negotiate an agreement with the host province to operate a casino, and third, they can obtain a non-charitable gaming license to conduct gambling events from a provincially approved licensing body.

Provincial officials have use this authority in multiple ways. In addition to demanding provision in how First Nations revenue is used, they also demanded that First Nations pay an annual operating fee. In Alberta, Manitoba, and Ontario, First Nations are required to use outside casino operators. The revenue distributions agreements benefit all provincial First Nations.

The tribal casinos in Canada remain low profile operations. The majority of First nations casinos rely on the local market to keep them open. There are four integrated resorts that offer hotels, dining, and entertainment too and these draw visitors to the area.

There are a number of similarities including that fact that tribal casinos are located on tribal ground and help to support the community. They are a means of employment and a way to keep the community thriving in both Canada and the United States. The casinos range is size depending on their location too and many of the larger establishments are responsible for the main revenue earned every year.

There are several differences between USA and Canadian tribal casinos.

Despite the key differences in size, scope, and impact, in both Canada and the United States, tribal casinos such as Chinook Winds Casino have the potential to leave a positive legacy. In the United States, there are strong indigenous government institutions as well as thriving Native communities and there is also improved government to government relationships between tribes and states. In Canada the same can be said about the relationships between First Nations and provincial governments and this can only bring about positive outcomes.