The Ancestors Of The Burns Paiute Tribe, Surviving The Early Days 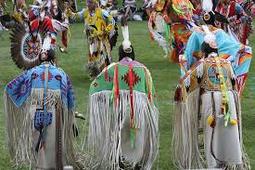 The Wadatika when translated means Waada eaters, these were the ancestors of the Burns Paiute Tribe. They lived in central and southern Oregon and, according to our oldcampcasino.com team, not under the best of circumstances as was prevalent at the time for the Native American Indians.

The Burns Paiute Tribe had a reservation north of Burns in Oregon. This area is encompassed in the Great Basin an arid expanse of land shared by several states, and for food needs this indigenous people had to be particularly in tune with the seasons, if they were to endure the perils of winter.

Different seasons, would bring different opportunities for food, just like any able farmer of today would attest to. The Wadatika would follow their seasons religiously. They would look to gather edible plants from streams, marshes and lakes when and where they had the chance and they would also fish and hunt.

In the spring they would do their root gathering along with their fishing. Amazingly, not all this was to be eaten fresh, something that one would imagine being far tastier. These were the days of survival and so their pursuits were with winter time in mind. 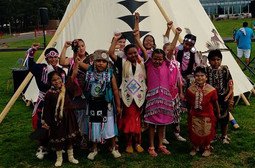 The fish and the roots would be dried and preserved and prepared for storage through the long months ahead. Winter would eventually come and they would need to have this part of their stable diet taken care of well ahead of time.

During the summer The Wadatika would roam their lands throughout. This would be their time to go collecting seeds, also to tackle any unsuspecting game, a big prize that could be stretched a long way when it came to the food stakes.

Through some of the months of the year, they would have community hunting events. Here they would be on the lookout for wild antelopes & rabbits. In areas near marshes and lakes, they would have their 'coot' drives also known as mud hens. The hunters would drive them out from the marshes to dry land, where they would capture their prey.

Such was the way of the world for these Native Americans. All was in a day's work to keep their families and tribe members sustained and only part of a very remarkable history of the Burns Paiute Tribe, from whence some of the Oregon tribal casinos.